Photography can be confusing, especially exposure and the relationship between aperture, shutter speed, and ISO. Then you have ‘stop’ and ‘f-stop’ that refer to different things. In this blog, I want to try to explain the concepts of the exposure triangle and why it is important to understand for those who are interested in photography. The explanations have been simplified to make it easy for beginners to understand, especially ISO.

What is the exposure triangle?

Aperture, shutter speed, and ISO make up the three sides of the exposure triangle. They work together to produce a photo that is properly exposed.

What is a stop?

Understanding what a stop is is key to understanding the exposure triangle. In photography, a stop refers to the doubling or halving of the amount of light that makes up an exposure. Each photo that we take requires a certain quantity of light to expose it correctly. Adding a stop of light by doubling the exposure will brighten an underexposed image, decreasing an exposure by one stop (halving the amount of light) will darken an overexposed image.
To add or take away a stop of light we need to change the aperture, shutter speed, and/or ISO.

Shutter speed is the length of time light is allowed to hit the sensor. It is measured in seconds. Shutter speed is probably the easiest of the exposure triangle sides to understand. To double the amount of light, we need to double the length of the exposure. For example, moving from a shutter speed of 1/60 s to 1/30 s will add a stop of light because the shutter will remain open twice as long. Changing from a shutter speed of 1s to 1/8 s will decrease the exposure by three stops. Why? From 1s to 1/2 s is one stop. Then 1/2 s to 1/4 s is another stop. Finally, 1/4 s to 1/8 s is a further halving of the time the shutter remains open or the third stop.

Aperture refers to the size of the circular hole in the lens that lets in light. The bigger the hole, the more light that reaches the sensor. In fact, each time you double the area of that opening, you double the amount of light or increase the exposure by one stop. On the other hand, if you half the area of the opening, you half the amount of light hitting the sensor. And you guessed it; that will decrease the exposure by one stop.
An f-stop is a ratio that relates to the size of that opening.

Here is the ISO scale. Like shutter speed, this scale is easy to understand. Doubling the ISO equates to a one stop increase in exposure. Halving the ISO leads to a reduction of the exposure by one stop.

For any photograph, there is only one correct exposure, but there are hundreds of possible combinations of aperture, shutter speed and ISO that can be used to create that exposure. The combination we choose depends on what our creative vision is for the image.

The three variables in the exposure triangle work together. To keep your exposure the same, if one of the three variables change, you must adjust one or both of the others in the opposite direction. For example, if you decided to decrease your shutter speed by two stops, you will need to increase your aperture or ISO by two stops to. You could also change both aperture and ISO by one stop with the same effect. As another example, say you increased your ISO by four stops. Then you would need a decrease of four stops in aperture or shutter speed (or a combination of the two).

If you are trying to adjust the exposure and the amount of light getting into your camera, you only need to change one of the variables.

A stop is the doubling or halving of the light that makes up an exposure. We can add or subtract stops by changing the aperture, shutter speed, or ISO. So the next time someone tells you that you need to increase your exposure by a couple of stops, you will know what to do. 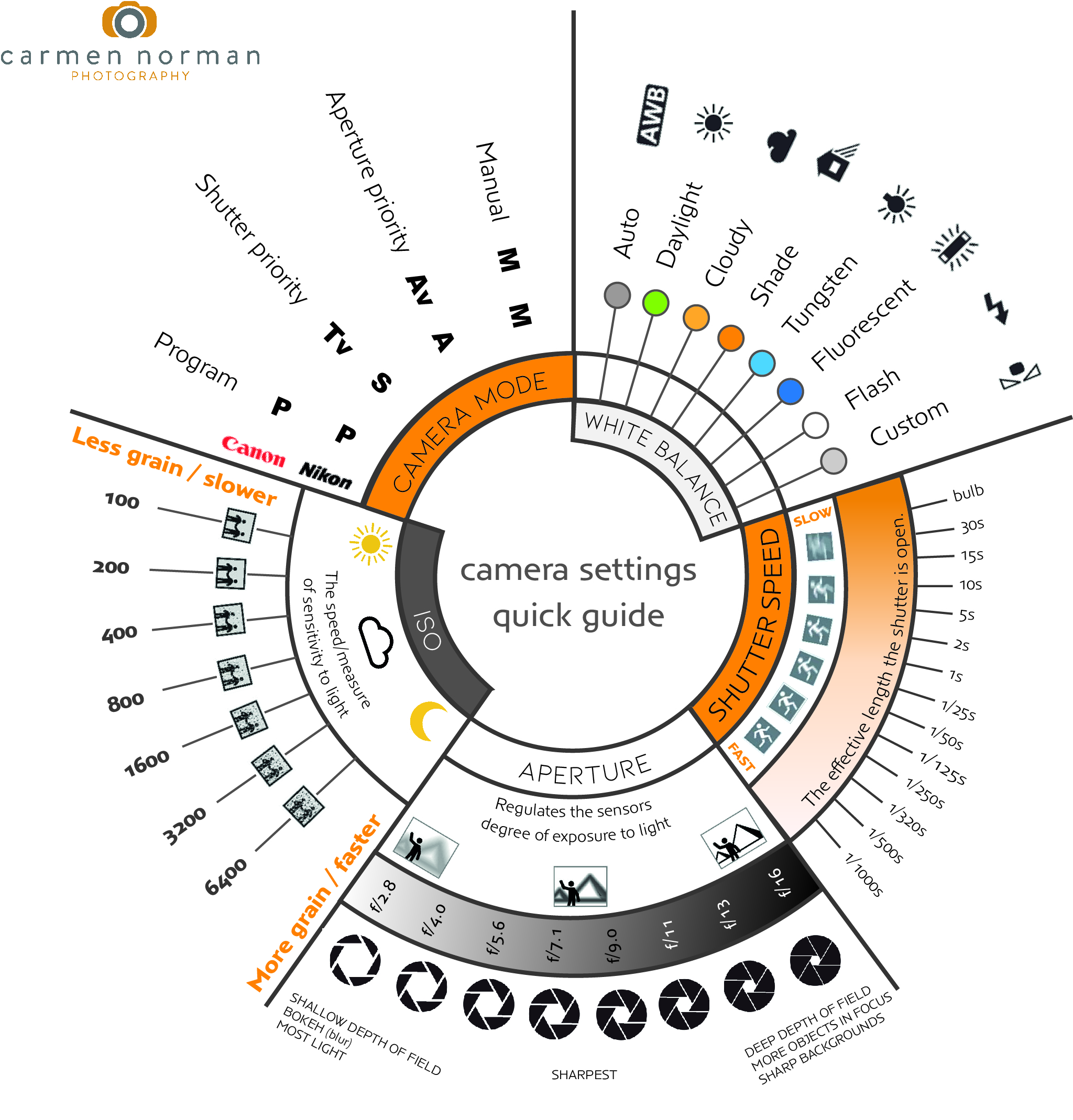